Can you walk alongside Abdella?

"I am a young man. I am wasting my life. What would I do if I had the time? I would start a small business. I want to make something of myself.”

Abdella, 23, from Afar in northern Ethiopia

Abdella is 23 and lives in a small village in the Afar region in northern Ethiopia.

He wakes before dark to start on a long journey that will see him walk along a dried-out riverbed, over rocks, and over a mountain just to get a drink of water. The entire journey to get water for the family will take Abdella ten hours.

Can you imagine needing a drink of water and having to spend most of the day collecting it? Coming back exhausted and bruised from the journey? Being so frustrated because you feel your life is slipping away from you? Then having to do it again without any sick days or days off.

What your donation could buy

£70 can help someone like Abdella start a small business.

£200 can buy bikes for water engineers to service water pumps.

03-08-2018, 07:38Conference, Justice and Peace, OneWorldPermalink
The Northampton Justice and Peace Commission is holding a conference on Modern Day Slavery and Trafficking on Saturday 13 October 2018 at St John's Parish Hall in Luton, starting at 10 for 10:30. Please see the poster below for details.

04-06-2016, 22:05Justice and Peace, PrayersPermalink
Reflecting on the forthcoming vote, we recognise the historic nature of this referendum and its implications for future generations. The outcome will have consequences for the future not only of the United Kingdom, but for Europe and for the world.

In our view, three things are essential:

• that we pray for the guidance of the Holy Spirit;

• that we all inform ourselves of the arguments on both sides of the debate;

• that we each exercise our vote with a view to the common good of all.

The coming together of European countries in the aftermath of a catastrophic war was designed to bind together former combatants and the contribution of the European project to peace in Western Europe should be recognised. Pope Francis reminds us, in his address to the European Parliament in Strasbourg on 25 November 2014, that the ideals which shaped this European project from the beginning were peace, subsidiarity and solidarity. In the Treaty of Rome, trade was harnessed to peace. The peace achieved in Western Europe shows indeed how “our problems can become powerful forces for unity” (par 5). Our decision in the referendum should thus be taken in the context of how best we can promote justice and peace.

This referendum therefore is about much more than economics.

We must not forget the profoundly religious roots of European nations; that Europe has a two thousand year-old Christian culture that has shaped the continent and is a dynamic spiritual, moral and intellectual resource as we address the future. As Pope Francis reminds us, we need continually to ask ourselves: who is my neighbour? In response to grave challenges, we are called to be generous and welcoming to all others, especially the most vulnerable.

Each person will have their own views about the best political framework in which to realise these ideals. We acknowledge the justifiable concerns that many people have in relation to the European Union, its institutions and the implications of increasing integration.

This referendum is an opportunity to reflect on those values we cherish as a nation and as Catholics. High among these values are mutual respect and civility, vital in this national conversation about the very future of our nation within the world.

Before voting, ask yourself the following question:

How in the light of the Gospel, can my vote best serve the common good?

As you vote, you may wish to use this prayer:

“Lord, grant us wisdom that we may walk with integrity, guarding the path of justice, and knowing the protection of your loving care for all”.
St Peter's Parish, Biggleswade
Comments

Living the Gospel in today’s World 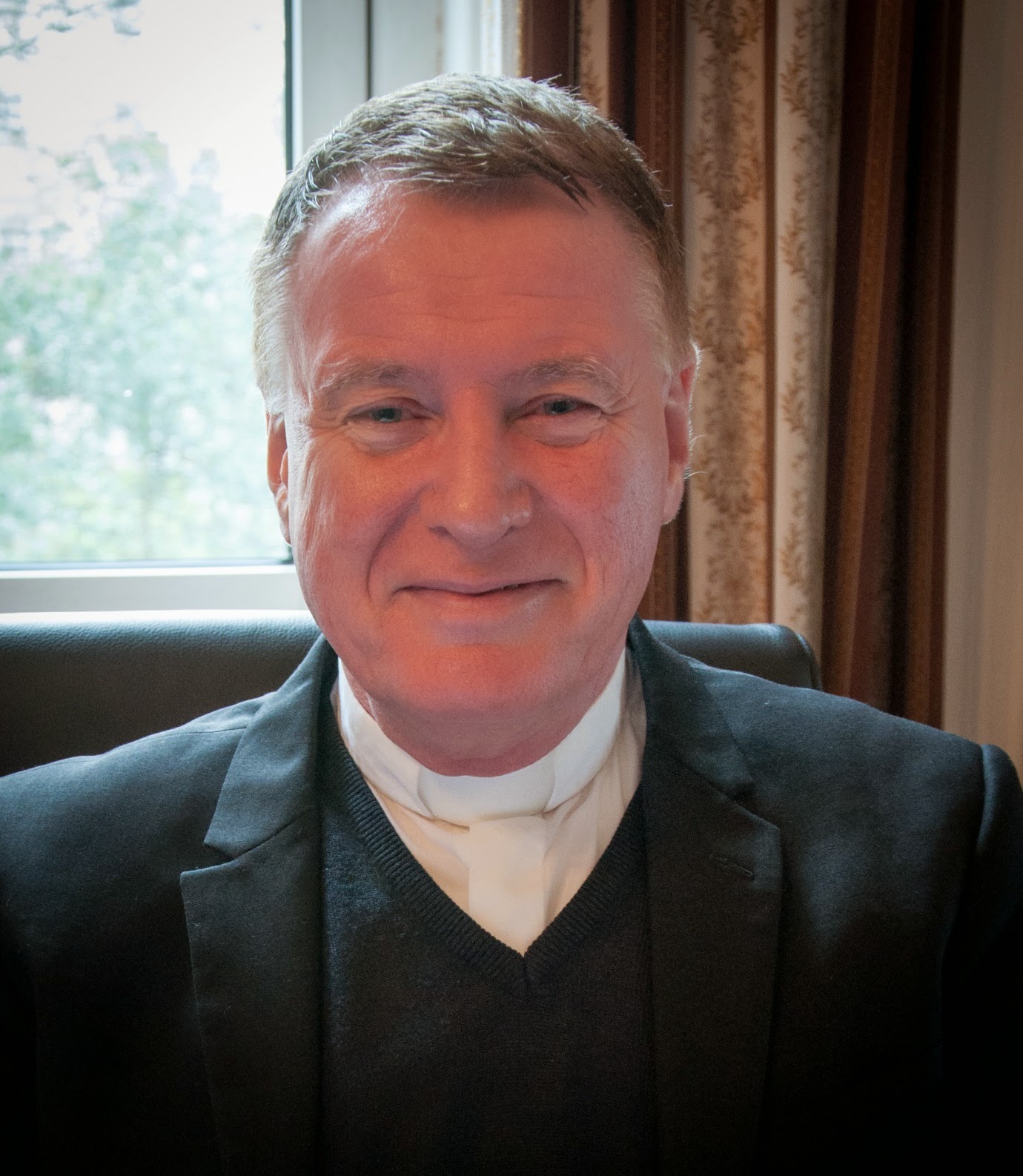 21-02-2014, 23:35CAFOD, Justice and PeacePermalink
Pope Francis reminds us that as Christians we should never consider ourselves exempt from concern for the poor.  In the exhortation Evangelii Gaudium, he insists that the current world order is not acceptable: society needs to be cured of a sickness which is “weakening and frustrating it”. It needs to reject speculation and uncontrolled markets to eliminate the deep-rooted causes of poverty and inequality.

Pope Francis recognizes that this requires politicians and governments to take heed and “broaden their horizons”, but these issues involve everyone.

So what can the rest of us do in our daily lives and in our local communities to bring about change peacefully?

We can make a stand as Christians, and take action as St James - the apostle of our Lord - instructs us and make our voices heard and challenge others to do what is right for our brothers and sisters who are less fortunate than we, and who need our help.

Fairtrade Fortnight runs from 24 February to 9 March this year and you are being set the challenge to ‘stick with Foncho to make bananas fair’.  Albeiro Alfonso ‘Foncho’ Cantillo is a small-scale banana farmer from Colombia who sells mostly Fairtrade produce. This means he can afford to care for his family and give his daughter a good education.
But unfortunately most banana growers are not that fortunate and are lucky if they can cover their costs.

By sticking with Foncho, you will buy only Fairtrade bananas. But more importantly call on the UK government to rebalance our food system and ensuring our brothers and sisters working in global supply chains get a fair deal.

Why not Get clued up on Fairtrade ?>>>

And take up the challenge to support CAFODs Hungry for change campaign. As part of the campaign CAFOD have been recommending lifestyle tips to help you play your part in building a fairer food system for all.
Buying food from Fairtrade companies is a fantastic way to do this: it encourages greater support for small-scale farmers like Foncho, ensuring large supermarkets give growers a fair return for their produce.

So this year fair Trade are asking you to do three things:


Find all the latest news and lots of free resources at: stickwithfoncho.org.uk
Alban
Comments

Day of Prayer for peace in Syria

06-01-2013, 12:37Justice and Peace, Organisation, Parish, Prayers, Website, Witness, Year of FaithPermalink
MESSAGE OF HIS HOLINESS
POPE BENEDICT XVI
FOR THE CELEBRATION OF THE
WORLD DAY OF PEACE
1 JANUARY 2013
BLESSED ARE THE PEACEMAKERS
1. EACH NEW YEAR brings the expectation of a better world. In light of this, I ask God, the Father of humanity, to grant us concord and peace, so that the aspirations of all for a happy and prosperous life may be achieved.
Fifty years after the beginning of the Second Vatican Council, which helped to strengthen the Church’s mission in the world, it is heartening to realize that Christians, as the People of God in fellowship with him and sojourning among mankind, are committed within history to sharing humanity’s joys and hopes, grief and anguish, [1] as they proclaim the salvation of Christ and promote peace for all.
In effect, our times, marked by globalization with its positive and negative aspects, as well as the continuation of violent conflicts and threats of war, demand a new, shared commitment in pursuit of the common good and the development of all men, and of the whole man.
It is alarming to see hotbeds of tension and conflict caused by growing instances of inequality between rich and poor, by the prevalence of a selfish and individualistic mindset which also finds expression in an unregulated financial capitalism. In addition to the varied forms of terrorism and international crime, peace is also endangered by those forms of fundamentalism and fanaticism which distort the true nature of religion, which is called to foster fellowship and reconciliation among people.
All the same, the many different efforts at peacemaking which abound in our world testify to mankind’s innate vocation to peace. In every person the desire for peace is an essential aspiration which coincides in a certain way with the desire for a full, happy and successful human life. In other words, the desire for peace corresponds to a fundamental moral principle, namely, the duty and right to an integral social and communitarian development, which is part of God’s plan for mankind. Man is made for the peace which is God’s gift.
All of this led me to draw inspiration for this Message from the words of Jesus Christ: “Blessed are the peacemakers, for they will be called children of God” (Mt 5:9).
Gospel beatitude.....
the rest can be found at Pope's New Year Message

Help restore Russia’s Christian faith! There has been a religious vacuum in Russia since the fall of the Soviet Union, most Russians remain atheists- yet the Russian Orthodox Church which wishes to be regarded as Russia’s only genuine and national Church and restore Christianity in this country, fails to fulfil that role satisfactorily. Other churches, the Roman Catholic Church among them, want to help, yet with the Russian Orthodox Church’s hostile attitude and without the government’s full approval and support they fall short of their task to help spread and strengthen Christianity in Russia. The Society of the Divine Word is present on the Russian religious scene, working actively on the vast territory from St. Petersburg in the west till Blagoveshtshensk, on the Chinese border, in the Russian Far East. There is a shortage of people willing to co-operate, there is a shortage of financial means. Due to official statistics, in 2025 Russia will need at least 10 million immigrants to fill all jobs, for the number of the native people decreases severely. The majority of immigrants will surely come from Asia, from the former Soviet republics, bringing along with them the faith they profess- the Islam. Are you going to allow Russia, once Christian, to become another Islamic country because of the lack of Christian support. Help us win the Battle of Christian Russia!
Steyler Bank, Sankt Augustin, Germany; Konto-Nr. 12 0985, BLZ: 386 215 00, BIC: GENODED1STB
IBAN: DE 89 3862 1500 0000 1209 85